The Women‘s Council In Germany’s federal state Saxony-Anhalt created a publication with essays and arguments for the regularisation of parity in the state‘s federal parliament. Following the French example, the aim of parity in parliament is to mandate that women constitute fifty percent of the electoral lists for certain elective offices.

I created a cover illustration showing the progress of women‘s representation in Germany‘s political history starting with the right to vote in 1919, highlighting advantages men traditionally brought with them and the monumental amendment to the German Constitution in 1949 creating legal equality between men and women.

The images span both the front and the back cover of the publication. 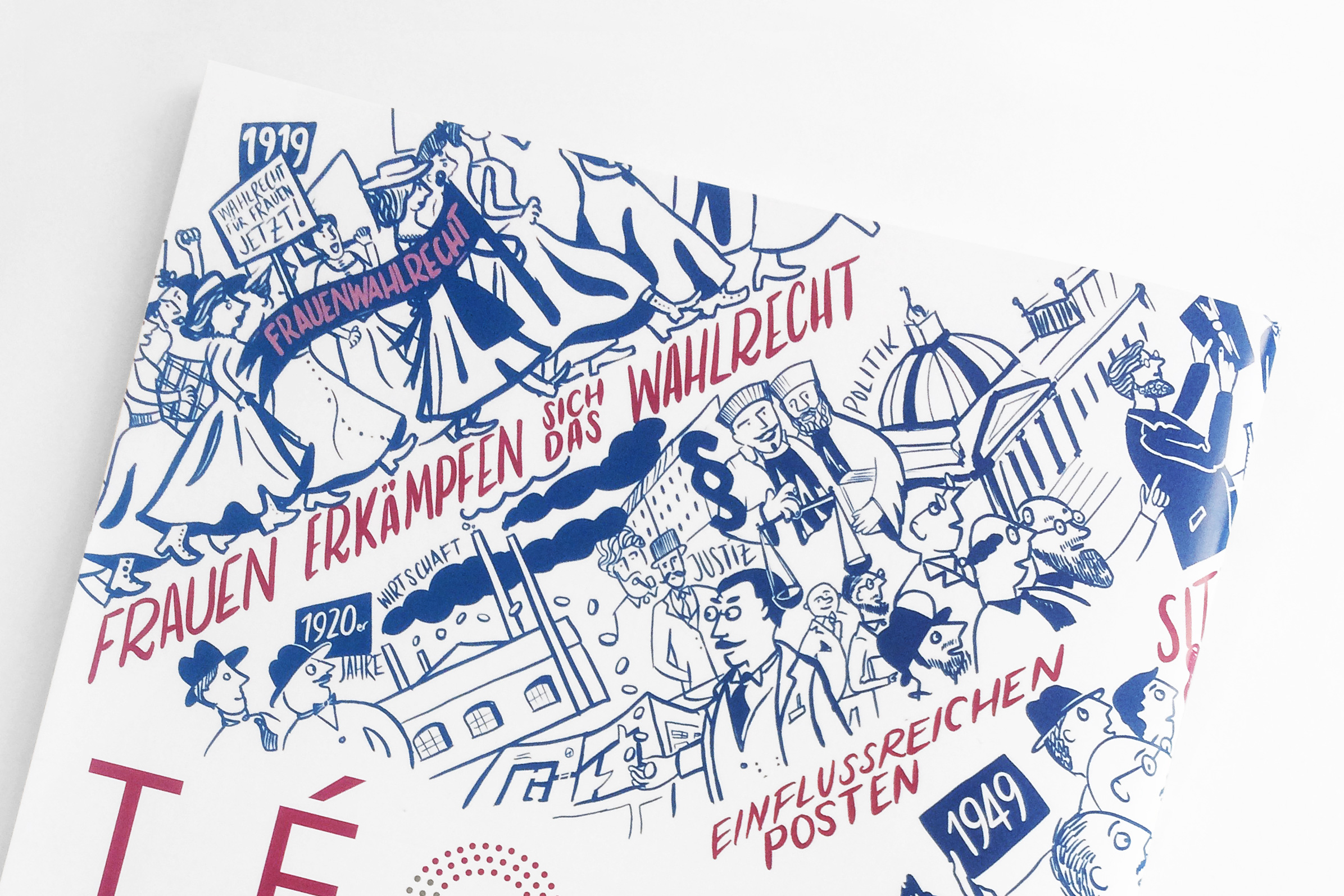